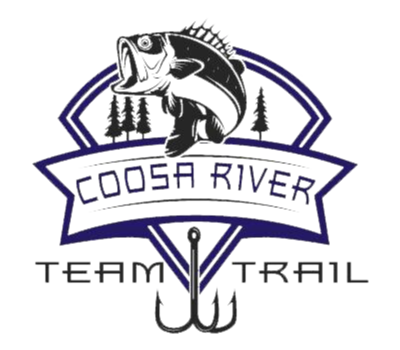 With the help of some generous sponsors, The City of Gadsden, Bucks Island and Johnsons Giant Foods, just to name a few, Barbara put together a (7) Tournament Trail including a 2-day event to culminate the season.  The CRTT visited Logan Martin Lake, Neely Henry and Weiss Lake.  Thus, the name, Coosa River Team Trail.

Barbara and the Coosa River Team Trail was very successful and had a huge following from most all of the local anglers.  The CRTT even had teams that came and participated from Tennessee and Georgia.

Later the City of Gadsden approached Barbara about organizing and hosting an annual Open Super Tournament with guaranteed payouts to be provided by the City.  She showed up with her Tournament Trailer and her trusty staff and also ran that event successfully.

In 2015 with her health failing and losing the battle with cancer, Barbara was barely able to stand up, but still managed to successfully run her Coosa River Team Trail events and host the City of Gadsden’s Open Super Tournament.   Later in October of 2015 she lost her battle with cancer and Charlie, her husband, decided once his affairs were in order, to sell their home and move back to Connecticut, where they were originally from.

In January of 2016, Chris Hopper contacted Charlie Wetzel about purchasing the CRTT Tournament Trailer and other Support Equipment, in order to keep Barbara’s dream alive and continue having the Coosa River Team Trail events.  Chris contacted some local fishermen, Lynn Johnson, Matt Mabrey, Adam Brown, Scott Stanfield and Bill Mayo about partnering with him and reorganizing the CRTT.  (The CRTT would have never continued without Chris Hopper taking the initiative to keep it alive)

After a couple of meetings, once again without missing a season, the CRTT was up and running.  Obviously, in the beginning it was not as smooth as Barbara ran it, but with Chris Hopper and his support staff running the Blast-Off and Weigh-ins, it was successfully going.

At the end of the 2018 Tournament Season, due to health issues, Chris Hopper decided to step down as Tournament Director.  In 2019 Mike Godfrey took over as Tournament Director and with his support staff, Mike has done a masterful job of not only running the Coosa River Team Trail events, but also the City of Gadsden’s Open Super Tournament as well.

To start the 2020 season, the Owners of the CRTT along with Mike Godfrey added an (8th) eighth tournament and expanded the Trail south to Lay Lake.  Consequently, the Coosa River Team Trail has had the largest attendance and participation ever!  The (5) owners of the CRTT are all Tournament Bass Fishermen and just want to fish the events.  That would certainly not be possible without an excellent Tournament Director, (Mike Godfrey).

Thanks in no small part to the generous Sponsors, the Coosa River Team Trail has been able to guarantee a payout that averages between 125%-139% of the entry fees.  Even more for the 2-day end of season Event.  In fact, any and all leftover funds from the season are paid into the End of Year event, with the exception of enough to begin the upcoming Tournament Season.

The Coosa River Team Trail is truly a Tournament Trail committed to hosting fair and equitable events on a diverse group of Lakes along the Coosa River and providing generous payouts for any and all Tournament Anglers form beginners to professionals.